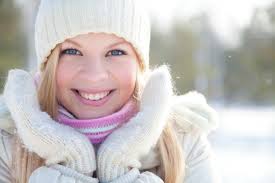 Your Body and the “Spice Route”…..

With the winter chills your body, the same as your face, needs extra nourishment, hydration and pampering.

Dealing with heating, extra clothing and winter chills the skin can become dry, scaly and lack-luster. Drinking plenty of water will be good for your insides but will not address the dry skin on the outside.

To address this it is important that you find a moisturizer that’s oil-based, and not water-based, as the oil will create a protective layer on the skin that retains more moisture than a cream or lotion. Exfoliate on regular basis so the moisturisers can penetrate better and deeper.

Your hands will also benefit from wearing pair of gloves and using a good hand cream to ensure protection from cold and wind.

Pier Auge has a small, but potent body range which uses many spices and plants in their product’s formulas to ensure balanced, hydrated and supple skin.

They went on a journey to find the best ingredients of plants and spices on the passage to India and silk road.

Body Scrub – Ginger – Bamboo
Purifying one’s skin means that it will enjoy the greatest benefit from the products used and in so doing will improve and regain natural radiance.

The Coeur d’epices Body Scrub with Bamboo beads and Ginger and Honey to moisturize* will leave the skin feeling considerably softer. Apply to dry skin. Massage and rinse off in the shower.

Firming Care – Honey – Green Vert
Created for the protection of dry and delicate skins, helping them to maintain balance and withhold their own particular potential depending on their specific needs.

Green Tea, Honey and Bamboo sap act in synergy to help remove excess fat, drain, firm and moisturize* the skin. Massage into the skin each day after the shower.

Slimming Balm – Green Tea – Ginger
Created for the protection of dry and delicate skins, helping them to maintain balance and withhold their own particular potential depending on their specific needs.

Naturally detoxifying and filtering Green Tea, Guarana and Essential Oils of Ginger and Grapefruit act on stubborn areas to help smooth away cellulite. Massage into the skin each day after the shower.

* of the upper layers of the skin

The name of the plant comes from the Guaraní, the Natives who lived along the Amazon basin and who ate guarana during periods of food shortage to overcome their hunger. They roasted the seeds, which they ground and made into a paste. They then formed sticks of paste and dried them over the fire to preserve them.

Its name comes from the Sanskrit (Indo- European language) “shringavera” and means “antler shaped root”. This word led to the Latin “zingiber”, which yielded the French word “gingembre” in the 13th century, from which the English adopted the word “ginger“. Arab merchants called it “zenj”, from which the name Zanzibar is derived; the place where they went to buy it. The first written mentions of ginger occur over 3,000 years ago in traditional Chinese and Indian medicinal texts. Native to India and Malaysia, ginger was one of the first spices to be imported to the Mediterranean region

The word bamboo comes from the Malaysian “mambu” and literally means “indispensable wood”. The Portuguese were the first to bring it in its current name to Europe. They were also the first to introduce it in 1730 in the royal greenhouses of Setubal. In 1747, Mahé de La Bourdonnais planted it in Martinique. From there, it travelled to the Antilles and then the Americas, where it naturally thrived. Although native to the Asian subcontinent, probably the Sunday Islands, it is now part of the landscape of most hot and humid countries and is particularly present in all of Southeast Asia.

The first traces of the use of honey by man date back to 4500 BC in Ancient Egypt. 4,000 years later, Hippocrates used it to heal wounds and recommended it for athletes and old men. The Roman legions used it to treat their wounds as well. In the Middle Ages, honey was present in Western and Eastern pharmacopoeias. From the early 20th century, honey was used to accelerate skin healing. Produced in Berry, France from the beginning of Roman times, Berry honey is renowned for its purity and the complexity of its components. This is why the protection of bees, essential for pollination, has become a major ecological challenge in Berry.

The history of tea began in China around 4,500 years ago. Many stories and legends explain its discovery. According to the most well-known, the Emperor Shennong fell asleep under the “Camellia sinensis” tree. Upon waking, he saw that some leaves from the tree had fallen into his cauldron of hot water. He tried this sweet-smelling infusion and thought it was wonderful. And this is how tea was created in China. While the “Camellia sinensis” is at the origin of all tea, it is green tea that has the most illustrious reputation. As it does not undergo any changes, it is renowned for its purity and many benefits.

This site uses Akismet to reduce spam. Learn how your comment data is processed.

This site is protected by wp-copyrightpro.com